Southam United was founded in 1905 following the amalgamation of two village teams. Southam United or "Saints" as they are known has a long and distinguished history. From 1947 to 1956 the club won most of the titles in the then prestigious Coventry and North Warwickshire League culminating in the Coventry Evening Telegraph Cup.

Saints moved into the Midland Combination in 1980/81 and immediately won the Division 3 title and completed the double by winning the Vase Final with a 3-1 victory over Kingsbury United. When the League was reorganised in 1983/84, United were invited into the Premier Division but after struggling for several seasons they were downgraded to Division 1 when it was discovered that their pitch was now too short owing to the construction of a bowling green next to it. It took until 1995/96 for United to get back into Premier Division football. In 1997/98 Saints enjoyed their most successful season in the Midland Combination finishing as Premier Division Runners Up and winning the Birmingham County FA Vase with a convincing 3-0 victory over Shirley Town.

All time leading goalscorer (over 1,000 goals) and record appearance holder is Bob Hancocks who served the Club loyally in virtually every capacity. In 2002 Bob and his wife Anne received a presentation from the Club to mark their over 50 years of loyal service to Southam United and their contributions to the game were finally recognised by the FA Long Service Award in June 2012.

In 2001 the Club merged with Southam Town FC, a progressive junior club formed in 1972 which, amongst other things, has pioneered Ladies and Girls football in Warwickshire. Long-term development plans have now been put into place to strengthen the football base in Southam both on and off the field.

The Club is an FA Charter Standard Community Club.

Currently, the Club's range of junior teams runs from the Mini Soccer School (boys and girls of 5 years upwards) being introduced to the game in a fun and safe environment through the junior age groups up to the Under 16's with some 250 players participating in coaching sessions and games throughout the season. The club also maintains a successful Wildcats and Girls section, encouraging more girls into the game and hoping to retain them for the future. This is with a view to eventually growing our own Ladies team.

Southam United are also fully committed to supporting it's volunteer coaches and developing homegrown officials. All managers and coaches are supported in following their ambitions to complete FA coaching courses and as of the 21/22 season, the club has supported 3 of its former junior players to undertake their referee qualifications. With more to follow - subject to courses being available.

First Team results from 1998 to 2004 were largely disappointing. A sixth placed MidComb Premier Division finish in 2004/05 augured well for the future but could not be improved upon in season 2005/06 thanks to inconsistent league form. There was, however, some comparative success in Cup competitions, including an appearance in the first ever Cup Final at the Ricoh Arena, when Saints finished as Runners Up to Coundon Court in The Coventry Charity Cup.

Cup success was achieved in 2008/09 as the Club lifted the BCFA Midweek Floodlit Challenge Cup with a convincing 3 - 1 victory over Darlaston Town and again in 2010/11 with victory in the Telegraph Challenge Cup Final at The Ricoh Arena. Runners Up spot in the Premier Division was achieved in 2011/12 when the team fell away with the finishing line in sight.

In both 2012/13 and 2013/14 the Club were runners up in the BCFA Midweek Floodlit Cup; and in 2014/15 were beaten finalists in the Les James Cup at Walsall's Banks's Stadium and the Coventry Charity Cup at Coventry City's Ricoh Arena.

Following a period of transition for the First Team and an absence of several seasons, the First Team successfully returned in 2018/19 playing in the Hellenic league and managed by Rich Kay. Since this time, and despite the challenge of COVID, the team have gone from strength to strength, gaining promotion and as of 2021/22 season are now play Oxford Senior League Premier, from where they are looking to springboard to the next level.

- Safeguarding Children at the centre of everything we do.
- Welcoming and caring manner based on mutual RESPECT.
- Provide all members of the local community with the opportunity to access quality sport provision whatever their age, gender or ethnicity.
- To be nationally recognised as a Club and Community Foundation rooted in the Local Community.
- Working within education to develop physical literacy in children. 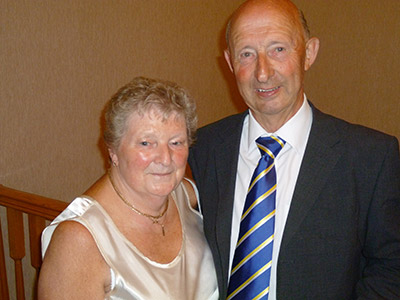 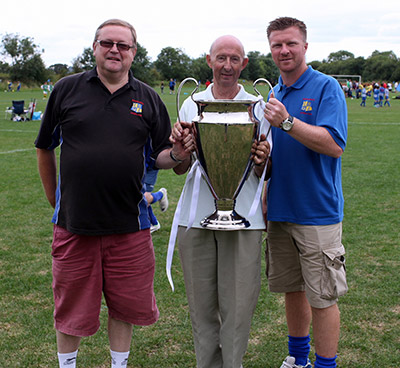